“What happened to our sons for them to end up here? “ 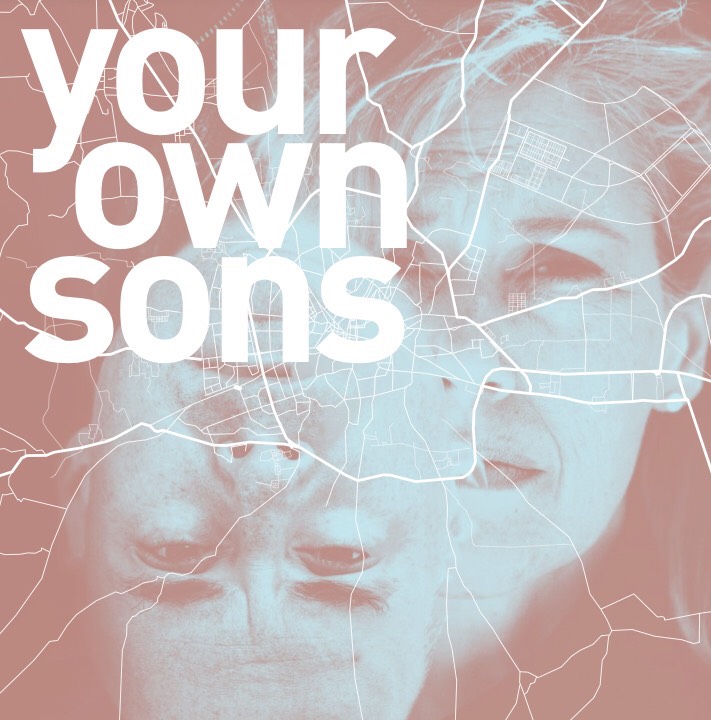 “Don’t miss this exquisite piece of theatre. It has something to say to every one of us”

Pauline’s son travels overseas to fight for ISIS while Dan’s son joins the Canadian Forces. Desperate to understand, both parents set out on a journey to confront the fate of their sons. But as their paths draw them closer to each other, will they be ready for the answers that await them? From the creators of Finding Mr. Right and Test, comes this searing and critically-acclaimed drama tackling the politics of faith and fear and the collision between love and loss.

Terri Brunsting (BRIAR / TABITHA): Terri got her start in community theatre at age 10 in Charlie and the Chocolate Factory as Veruca Salt. She went on to do a variety of elementary, high school and community productions such as Annie and You’re a Good Man, Charlie Brown. After minoring in theatre at Redeemer University College, Terri taught high school drama and directed six shows, including her own translation of Much Ado About Nothing. Recently, she has renewed her interest in community theatre by appearing as Jan in Theatre Burlington’s production of I’ll Be Back Before Midnight and is thrilled to be involved with Your Own Sons.

Adam Lemieux (TYLER / DAVID): Adam is a Hamilton-based performer. Acting credits include: Normal Shmormal, Open Heart (Hamilton Fringe, winner of “Best of Galleries” Award); The Distance Between Us and the Sun, The Take Up (In The Soil, Frost Bites); Missed Connection, The Take Up (Supercrawl); Julius Caesar, make.art.theatre; and others. He is a graduate from the University of Waterloo’s Drama Program and is a former member of the Hamilton Fringe’s ALERT Program and Theatre Aquarius’ Junction Creators Unit.

Jennifer Walton (PAULINE): Jennifer Walton is Co-Director of The Creative Theatre Company, teaching acting to young people for 28 years. Acting credits include Diary of Anne Frank and The Woman in Black – Theatre Aquarius, Vanities, Love for Love, and The Importance of Being Earnest on local stages. Directing credits include The Tragedy of Othella Moore (Best of Fringe 2016) and Open the Lace Curtains – Hamilton Fringe Festival. She is a founding member of Therapeutic Clowns Hamilton and Women’s Work Playwright Collective. Her plays were part of the Little Black Dress Ink Onstage Women’s Playwright Festival – USA in 2016/17. She will be a part of The Six Minute Memoir this year on May 4th.

Ramzey Zourob (YUSUF / BEN): Ramzey is reprising his role as Yusuf which marked his Hamilton theatre debut with Your Own Sons 2017. He is Hamilton-based voice actor and performer.

Stephen Near (Playwright/DAN): Stephen is a playwright living in Hamilton. His plays have been performed as part of the Ottawa Fringe, the Toronto Fringe, the Hamilton Fringe, New Ideas, Summerworks and Theatre Aquarius. Stephen is a graduate of York University and the Ontario Institute for Studies in Education (OISE) and is an alumnus of both the Sage Hill Writing Experience and the Banff Centre. A member of both the Playwright’s Guild of Canada and the Theatre Aquarius Playwrights Unit, Stephen has taught playwriting at Mohawk College, Redeemer University, and McMaster University and is currently enrolled in the University of Guelph’s MFA program for Creative Writing. Recent writing credits include Monstrous Invisible (Theatre Aquarius), Interface (2011 Hamilton Fringe – New Play Contest 1st Prize), Test (2013 Hamilton Fringe – New Play Contest 2nd Runner-Up), The Conspiracy of Michael (2014 Hamilton Fringe), Finding Mr. Right (2015 Hamilton Fringe), and Governing Ourselves (2018 New Ideas, HamilTEN)

Aaron Joel Craig (Director): Aaron Joel Craig grew up in Edmonton, Alberta, studied Theatre Performance at Redeemer University and now lives and works in Hamilton with his wife, Cath and daughter, Georgia. Recent works include Finding Mr. Right and Your Own Sons with Same Boat Theatre, Conspiracy of Michael and Test for Reaching Symmetry, Power Play for Redeemer University and The End and the Beginning for ClipClop productions.

Rose Hopkins (Stage Manager): Rose is an actor, creator and producer. She is the founder of the The Take Up, a company producing original work by local artists to audiences in Hamilton and across Ontario. She has created and performed pieces at the Hamilton Fringe, RHIZOMES, In The Soil Festival, Frost Bites and Supercrawl. She won the 2016 City of Hamilton Arts Award for Emerging Theatre Artist, is a member of Women’s Work Playwrights Unit and currently works as the Associate Producer for the Hamilton Fringe Festival. When she’s not creating theatre or playing with excel spreadsheets, you can find Rose cuddling her puppy, Charro, or shopping for retro furniture on Ottawa Street.